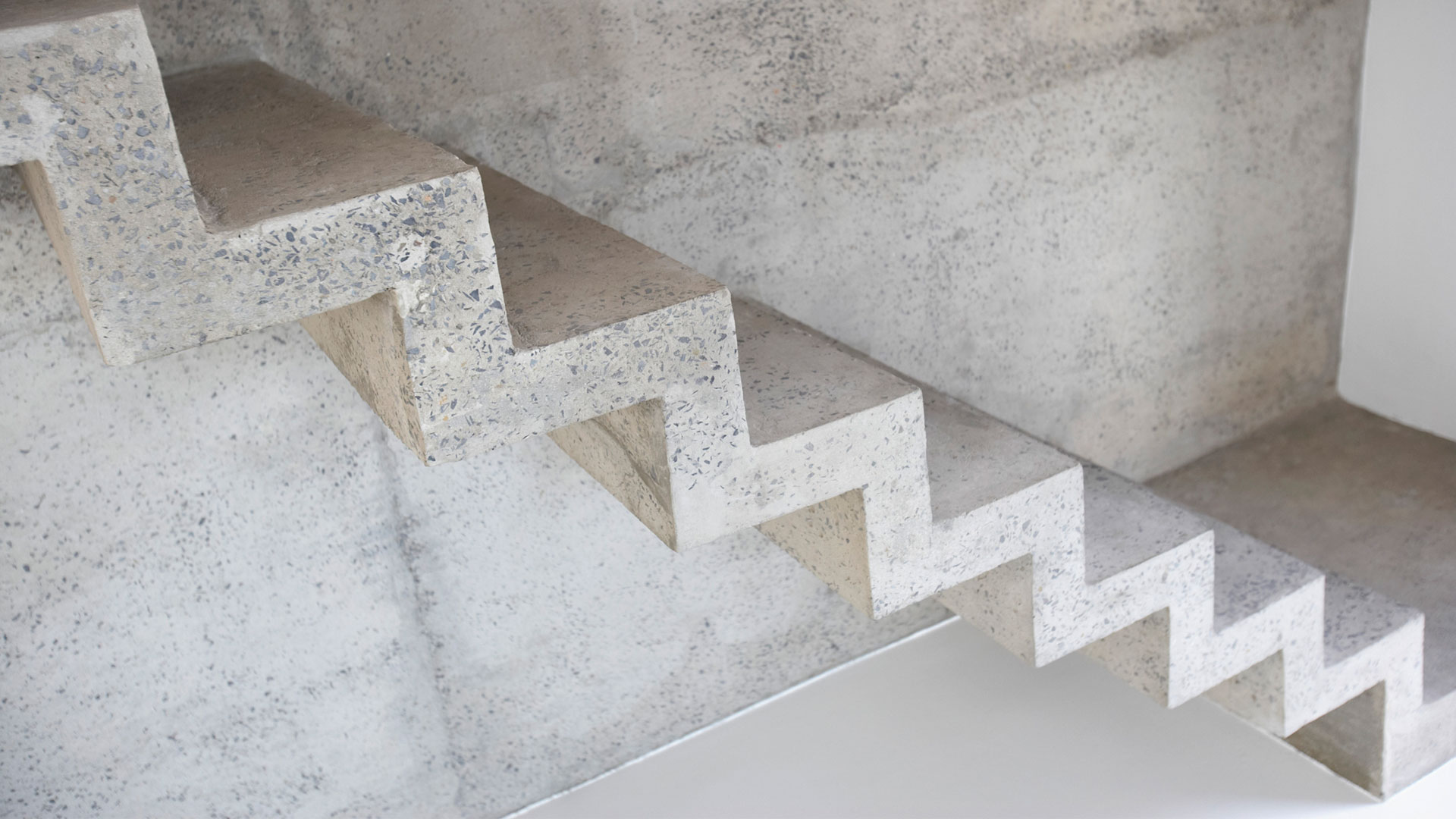 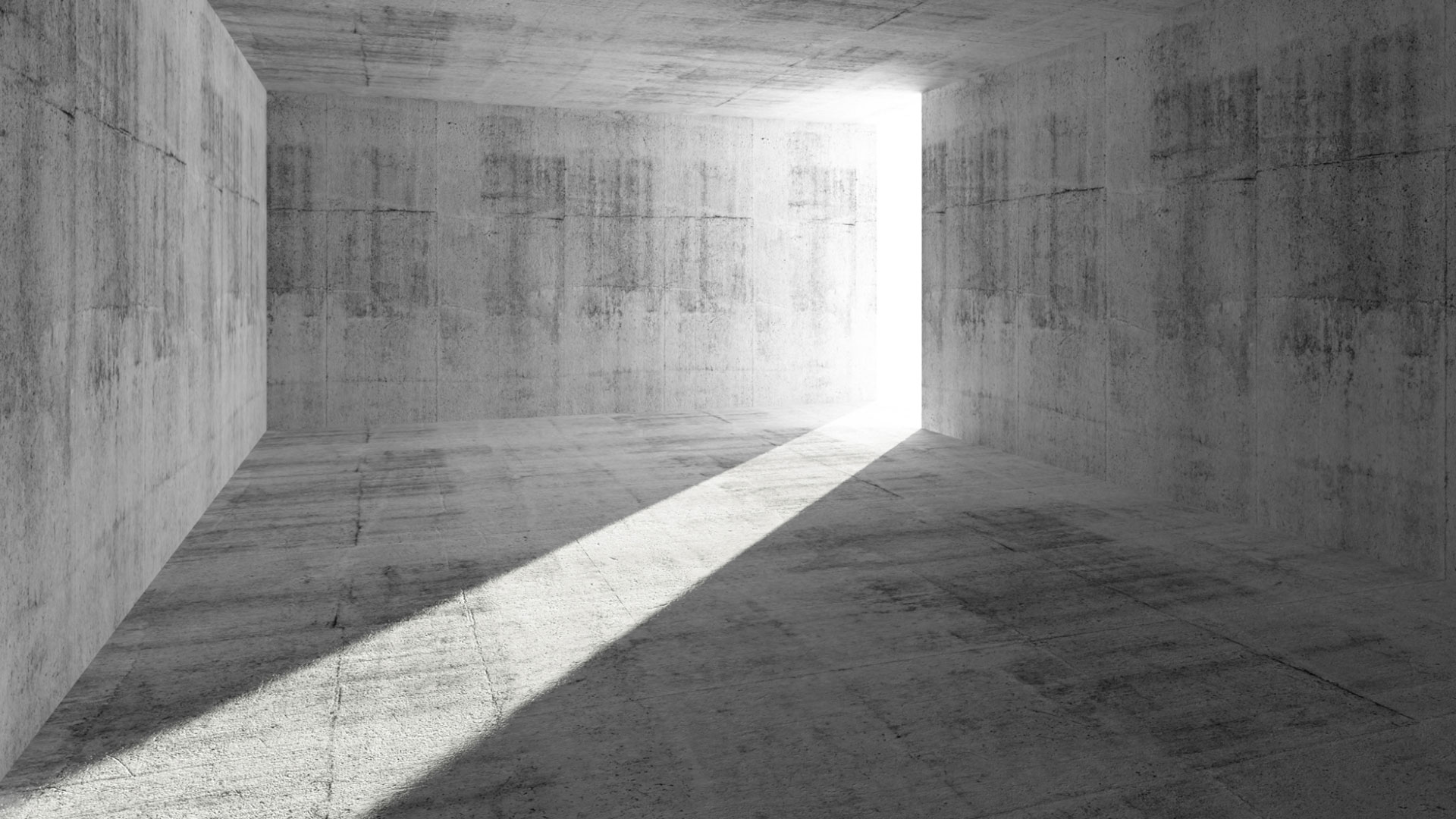 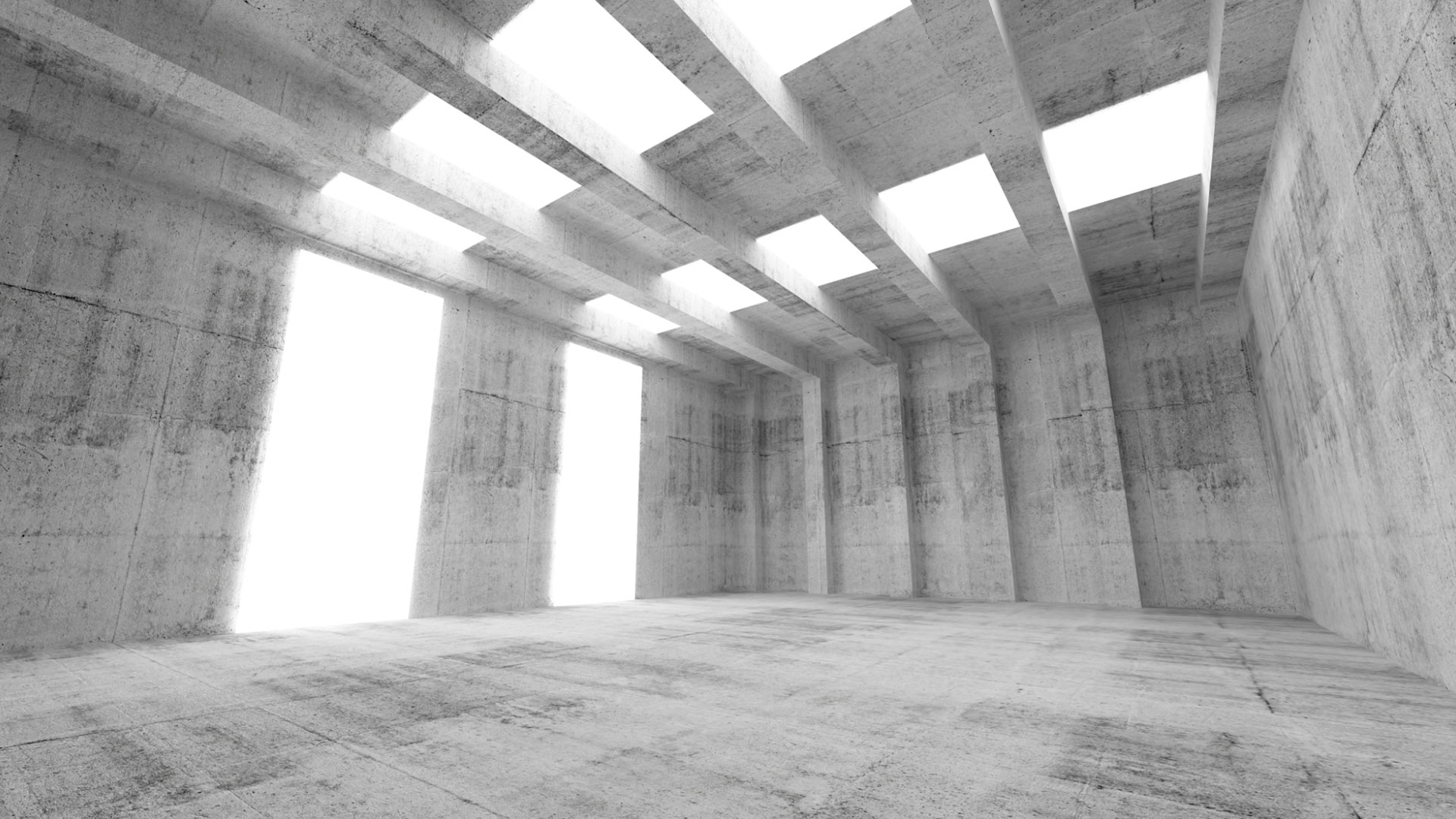 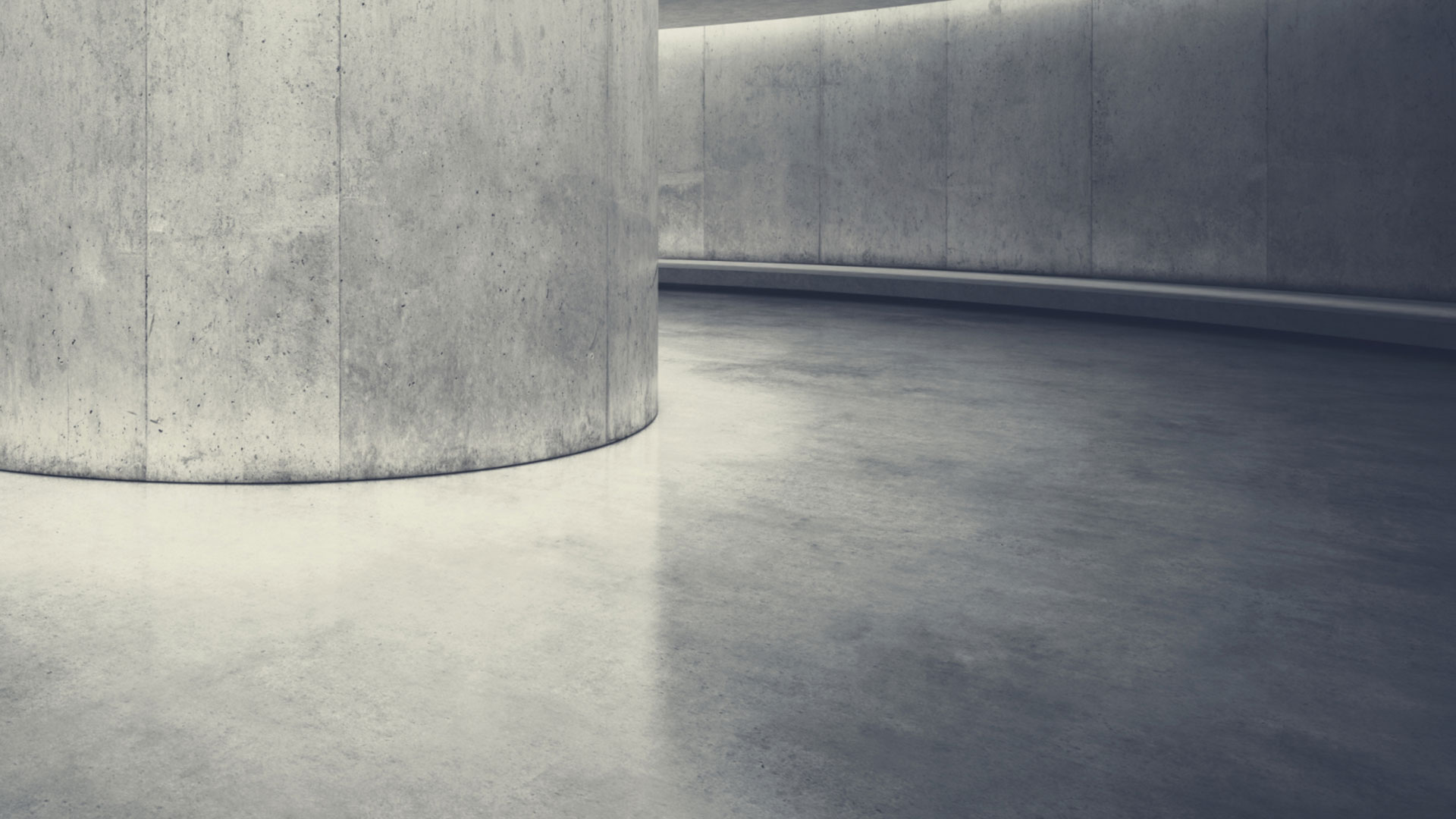 Many people think all concrete is the same. For example if a company representative tells a homeowner they will use 3000 P.S.I. on their project, the homeowner erroneously believes it is all the same. This is not true!! Concrete can be ordered in a variety of ways - even 3000 P.S.I. For example, it can be ordered with a lot of "fly ash" in the mix. Fly ash is a substitute for cement. Therefore although the concrete is cheaper; it certainly is not as strong because it does not have as much cement. Think of "cement" as the glue that holds everything together. Simply put - the less glue, the weaker the bond between materials. One can substitute many things in concrete, but not cement. For example, in Hawaii rather than aggregate, they use volcanic rock and sometimes sea shells. In Florida they also use shells in the mix because they do not have an abundance of aggregate. Regardless of other ingredients, to make concrete one MUST HAVE CEMENT!! The more cement one adds the stronger the concrete !!

Concrete with an abundance of coarse fly ash or slag* is certainly cheaper because cement is the most expensive ingredient in concrete. Therefore if someone gives you a bid that seems too low, it means they are probably using concrete with a lot of coarse fly ash. Please know that fine fly ash actually makes concrete stronger as does other types of additives. There is no way for you to know the amount of fly ash in the concrete unless you ask your contractor. If he doesn't know the mix composition, I suggest you use another contractor. Simply put --- the greater the cement content in the mix = the stronger the concrete. To give you an example of how important this fact is -- most engineers and architects stipulate on their drawings that NO COARSE FLY ASH OR SLAG can be used in a mix for foundations or high rise structures, buildings, freeways, etc.. The difference between concrete having a lot of fly ash (or slag), in the mix is that -- good concrete gets stronger with age. On the other hand- concrete with a lot of fly ash "will" reach the 3000 P.S.I. threshold after 28 days (this is the benchmark for concrete), but after the 28 days it tends to lose strength more rapidly over time. Good concrete gets stronger with age creating a stronger bond over time. There "is" such a thing as good fly ash. FINE FLY ASH makes concrete stronger because it has a tendency to absorb the water thus slowing the hydration time which makes the concrete stronger. The problem is -- the VAST MAJORITY of ready mix plants in the Houston area use coarse fly ash. Slag has been used for years in concert with cement because once it has been ground to a fine powder (finer than portland cement), its properties tend to make the concrete less vulnerable to attack by sulfates and alkaline silica. The problem is that one can place too much slag or flyash in the mix.

It is important to know - the longer the hydration or curing time = the stronger the concrete! Thats why people tell you to water the concrete after it is finished. The best way to cure concrete however, is to apply a curing compound. This acts as a blanket and forms a thin membrane over the concrete to prevent the water from evaporating quickly. It is also important to understand that concrete really never dries!! Even after 50 years there is a fraction of water remaining in the concrete. A good example is that the Hoover Dam is still curing after 60+ years. Concrete therefore continually expands and contracts depending upon weather conditions.

THE NUMBER ONE CAUSE OF INDISCRIMINATE CRACKING IN CONCRETE IS IMPROPER PLACEMENT OF CONTROL JOINTS!!!!

The expansion and contraction usually is the cause of indiscrimiate cracking in the absence of control joints. Many older driveways crack because of the absence of properly spaced control joints! It is therefore ESSENTIAL to have control joints placed appropriately to prevent indiscriminate cracking. Correct spacing should encompass about 140 square feet depending upon the thickness of the concrete as well as the PSI of the concrete. Many people ERRONEOUSLY BELIEVE that putting a lot of rebar in the concrete will prevent it from cracking. This is simply not true !!

A CONTROL JOINT JUST MEANS WE WILL CONTROL WHERE THE CRACK WILL GO! IT'S REALLY THAT SIMPLE !! FOR EXAMPLE - IT IS ESTABLISHED THAT A MASS OF CONCRETE GREATER THAN 120 SQUARE FEET - 4 INCHES THICK, WILL PRODUCE A CRACK. THATS WHY CONTRACTORS EITHER SAW-CUT CONCRETE, USE FIBER FELT, METAL, PLASTIC, OR IN THE CASE OF HOUSTON CONTRACTORS - WOOD; FOR CONTROL JOINTS TO SEPARATE THE CONCRETE INTO SECTIONS SMALL ENOUGH TO PREVENT A CRACK. IN THE HOUSTON AREA WOOD IS USED AS THE NUMBER ONE PRODUCT FOR CONTROL JOINTS. IN MY OPINION - THIS IS A TERRIBLE MISTAKE!!

USING WOOD JOINTS FOR YOUR CONCRETE

Wood and concrete are enemies !!! Concrete is extremely caustic, therefore it attacks wood and eventually weakens and destroys it. When wood is placed in driveways or any other flatwork application - you're actually creating a futuristic problem because the wood will rot out from the concrete contact, then you are left with a 3/4 inch "gap" in your drive or patio that not only looks unsightly, but allows water to get beneath your slab. (just drive by any older subdivision and look at the rotted wood in the control joints in the driveways).

When water gets under your concrete -- things happen ALL OF THEM ....

BAD!! Most residential concrete in Houston is placed on a dirt sub-grade. Water under the concrete causes your sub-grade to be compromised because the water will eventually wash away the dirt and then cracks, shifting, and other things will occur because the concrete no longer sits on a solid base. The strength of concrete is based upon the strength of the grade upon which its placed. Why do you think the city, county, and state go to such great lengths to keep water from getting under the concrete? They put tar into the control joints or a special sealant. Everywhere you look on just about any street or roadway - you see the tar or sealant placed over every control joint. ALSO, it should be noted that concrete SHOULD NEVER BE PLACED ON A DIRT SUBGRADE!!! Most Houston contractors remove the concrete and then place the new concrete back on the dirt subgrade. THIS IS NOT GOOD CONSTRUCTION PRACTICE. Look at any professional concrete installation and you will see them work weeks to be sure the sub-grade is sound, and yet the concrete is poured in a few days.

* Flyash is a byproduct of coal and is produced by coal fired generator plants (among other coal fired productions). For a long time it was just discarded and placed in landfills. Then someone discovered that it could be used as a substitute for cement. "Slag" is a by product of smelters or any plant producing a metal product from raw ore. It is composed primarily of oxides resulting from ferrous smelting. Slag also used to be discarded, but now has become an integral part of concrete design mixes along with it's sister fly ash. Again, FINE fly ash and other forms of additive in controlled amounts actually make concrete stronger because they retard water evaporation thus making the result denser and stronger. The problem is - what is in your concrete?

If you are in Cypress and think your concrete could use a resurfacing or repair then you can count on Concrete Specialists to get the job done at a fair price.